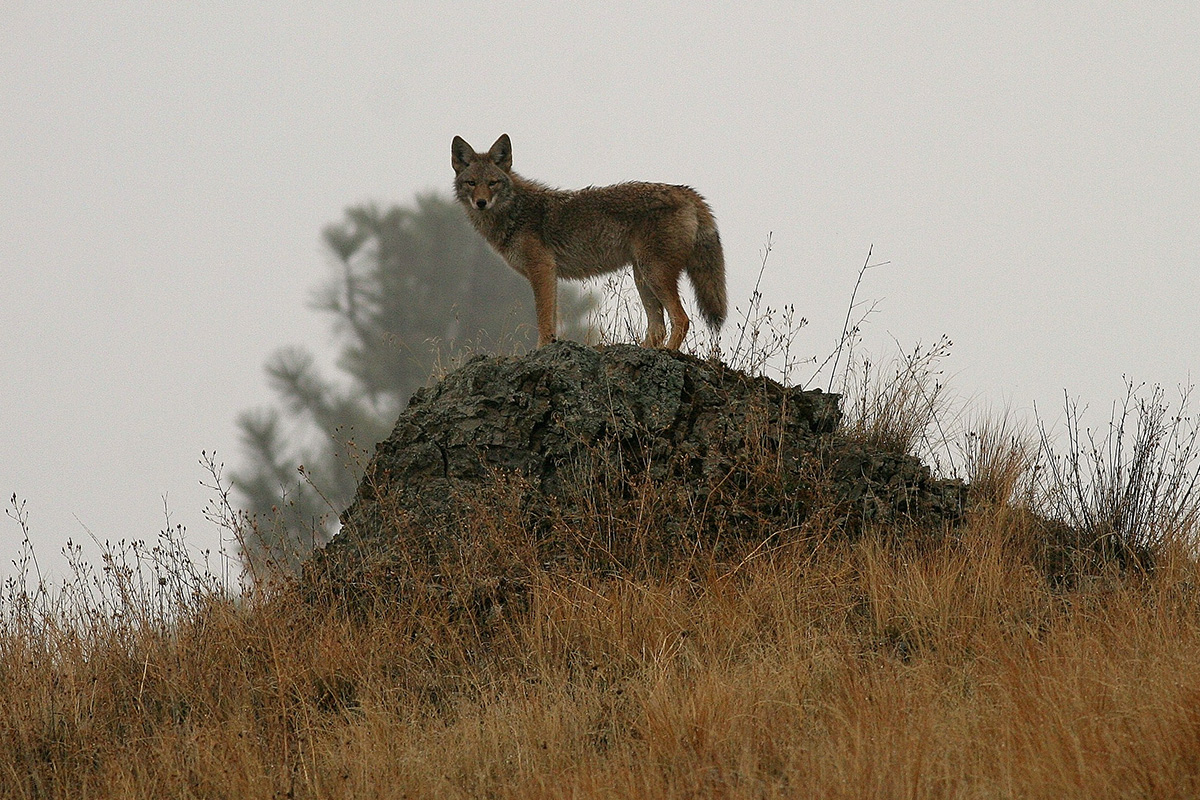 Born in a hidden den meticulously prepared by her mother, and tucked snugly within her mother’s warm fur, along with her littler mates…
this is when she begins to feel who she is.

Oh…but let’s back up again….
Long before her birth, as her little canine body grows within her mother, and she is enlivened with her mother’s wild blood flowing in and out of her….this is where she inherits who she is, in the deep quietude and peace within her wild mother’s body. This is how she knows who she is.

For her, there is no questioning of who she is…her ancient ancestor’s genes have been passed down to her. And with her parent’s guidance, she will learn the way.

But how does she see this species, Homo sapiens…..us humans? Well for most of her species’ 5 million years living on the American continent, there were no humans present. Only in the last 17,000 to 20,000 years ago did humans arrive.

But the Europeans who arrived 500 years ago have no understanding. All relationships with Coyote have been made now by the human’s point of view, which is very blurred and flawed, mixed with a great deal of arrogance toward a Being they do not understand.

As long as we view Coyotes from a human’s point of view, our culture will miss the richness of a relationship we could have with these Native Wild Dogs ~ Coyote.