Speaking Up! Look what Happens!

Speaking Up! Look what Happens! 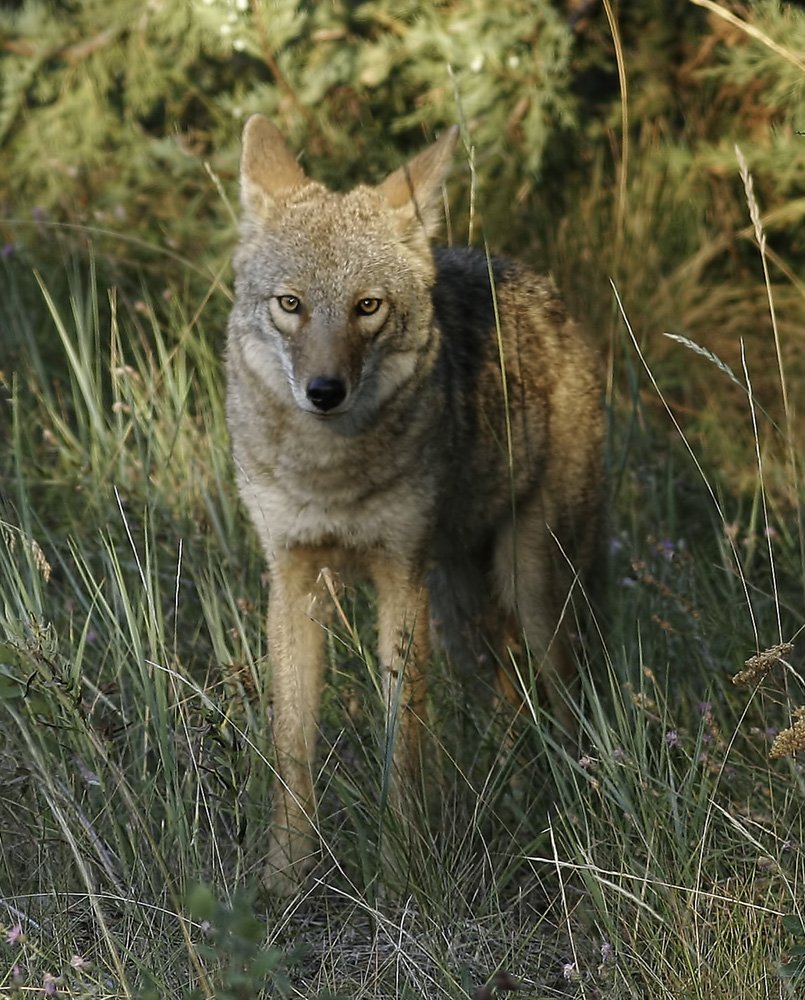 Look into the Eyes of Coyote here…..

In our Democracy, our Wildlife have NO voice but ours.  Our polititians and agencies will act only when YOU speak up. So I want to share with you an example of this very important reality.

THIS WEEKEND, THIS WEEKEND in New Mexico an owner of a gun shop initiated a state wild coyote killing contest, and the prize would be a powerful GUN! I was contacted by several people in Maine who heard about this atrocity, and wanted to know what they could do. My answer…Speak up! And the people of New Mexico needed to speak up as well on behalf of our native carnivore.

Well, that is just what happend. There was a powerful outcry from the people of New Mexico, to a point that the Federal agencies of the BLM and the National Fotrest Service banned this from happening on the public lands. Also, New Mexico has millions of acres of Trust lands, and this killing was banned from there as well. In addition, there have not been any ranchers who have come foreward to welcome this violence on their ranches….due to the public outcry.

So where have they a place to carry out these atrocities….very few. THE PEOPLE SPOKE UP, AND THE AGENCIES RESPONDED!  CAN WE DO THIS IN MAINE! YES WE CAN! SO IF THIS UGLY HEAD OF VIOLENCE SHOWS UP HERE IN MAINE again  (as it has in the past)….THE PEOPLE OF MAINE WILL SEE AN END TO IT AS WELL!

Below, see an article written regarding this violence to our wildlife, and a voice to see an end to it.

Slaughter of Coyotes an Abomination Against Nature

The coyote killing “contest” being hosted this weekend by Gunhawk Firearms in Los Lunas is a disgrace to the state of New Mexico and to the ethics of hunting.

With farms in New Mexico and northern California, we are no strangers to firearms or coyotes. But the days of mass killings of any wildlife should be long gone.

Sadly, our country has a long history of assault on all manner of species, whether for “fun” or “profit” as exemplified by the upcoming contest. Ironically, for hunters, it is precisely this kind of ecologically disastrous behavior that understandably turns the public against hunting in general.

False justifications and a misplaced sense of entitlement to kill on the part of the participants will lead to self-defeating consequences, just as attempting to kill off predators on a mass scale and upsetting nature’s long-established balance time and again gives rise to seriously negative consequences.

Coyotes have a highly organized social system, in which only the alpha female and alpha male breed. With ignorance-based indiscriminate killings, this order is disrupted, ironically increasing breeding among the survivors.

An unspoken issue in the discussion of the “problem” of coyote predation in the West is that many livestock producers don’t accept any predation as acceptable – a completely unreasonable stance that undermines the health of wildlife ecosystems and ignores the fact that the animals we humans prefer to eat have significantly displaced the grazing animals that several important predators (and the ecosystems they are an integral part of) rely on to survive.

The underlying unwillingness to learn to respect and live within the whole mechanism of nature leads to such pathological behavior as the mass killing encouraged by the upcoming “competition.”

I was honored to receive the Aldo Leopold Memorial Award some years back. Leopold was one of America’s greatest naturalists – a hunter, author and scientist who loved New Mexico. Through personal experience, he came to reject deeply the notion (clearly used by participants of the coyote killing contest) that some species are beneficial while others are “varmints” and hence expendable. This antiquated thinking has no place among the thankfully growing numbers of more knowledgeable ranchers, sportsmen and policymakers.

As Leopold noted toward the end of his life: “Conservation is a state of harmony between men and land. By land is meant all of the things on, over or in the earth. Harmony with the land is like harmony with a friend; you cannot cherish the right hand and chop off his left. That is to say, you cannot love game and hate predators; you cannot conserve the waters and waste the ranges, you cannot build the forest and mine the farm. The land is one organism. … The last word in ignorance is the man who says of an animal or plant: ‘What good is it?’ ”

Most Americans think that laws are in place to restrict casual killing of wildlife, wasting of game or mistreating wildlife. Sadly, this is not the case, as this “contest” clearly shows. There is such a thing as ethical hunting, but this kind of “contest” endangers it.

With no seasonal parameters and no license required to kill coyotes on our public lands, any member of the public who might be hiking, riding or camping thereon, especially if they have dogs with them, are at risk of injury by coyote killers. We know this personally, as one of our fine dogs was thus injured.

How untenable that one cannot grow a garden on public lands, but one can kill and maim all manner of the creatures that must live there, endangering other humans in the process.

It is time to cease encouraging killings based on proven falsehoods and distorted ideas of privilege over animals that justify random acts of violence. No amount of partial scholarships or free guns to the winners makes a sadistic contest saner.