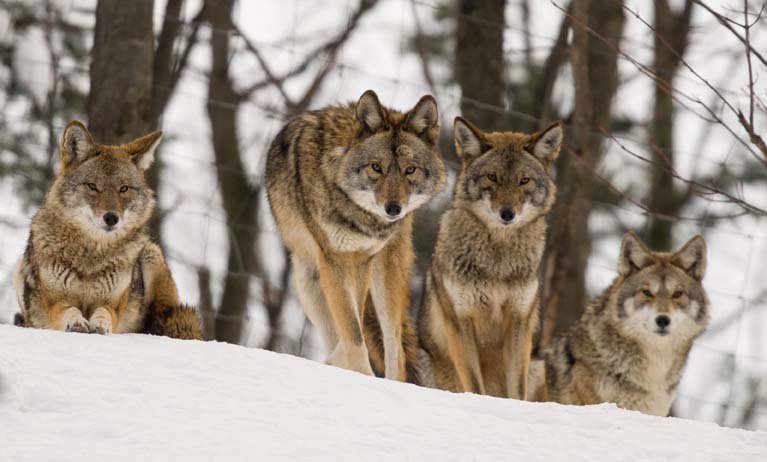 WHO IS THE REAL MAINE HUNTER…..?

But Coyote is joined by other Real Maine hunters as well…I have spoken to a few of them just lately…and here is what they had to share with me.

Another shared his experience of spending a whole day in his deer stand, and of all the life in the forest that he took in….waiting and watching. He expressed it like this… ” I felt like I was part of it all….not separate from it.” He used no “gimmicks” or baits used in drawing the wild ones to him.  He waited for them to come….and he waited.

Another shared how he wanted to be an example to his two sons as to what true ethical hunting is about; and he spoke of respect and admiration for his fellow wild hunter, Coyote……

It appears that RESPECT is an integral part of a real Maine hunter’s relationship with wildlife.

So who are these individuals who take delight in the cruel slaughter and exploitation of our Coyotes here in Maine? These individuals are NOT hunters, though they attempt to identify their cruel activities with the real hunting community. And as they exploit Coyotes year round, day and night….they are also exploiting all of our wildlife by their invasion of all of their lives, creating frightening noises and unnatural lights….when all wild ones require some time to be left alone, in order to find their food , care for their young….and rest.

LET ALL OF MAINE RETURN TO A TRUE HUNTING TRADITION….one that many of our hunters already practice

Categories: Blog, Returning to our Place in NatureNovember 3, 2013Leave a comment

The Difference between Hunting and Killing
September 6, 2022