Buffalo for the Broken Heart

Buffalo for the Broken Heart 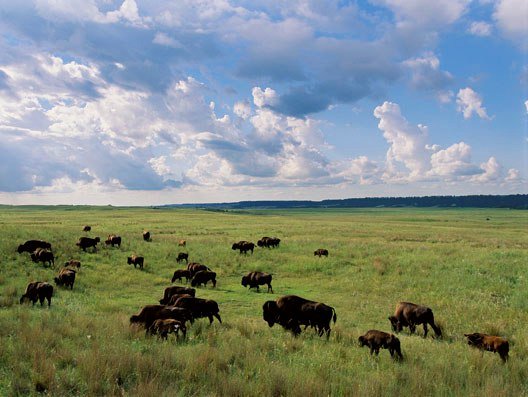 I would like to alert you to another excellent book that I just placed on our website’s booklist:  Buffalo for the Broken Heart by Dan O’Brien.  So why have I recommended this book on Coyote’s website ~ well it has everything to do about Coyote, because Coyote has to do with everything!

An author I read a while back made the comment that every child that comes into this world sees their world as if it had always been there that way…they have known nothing else.  And so our generation and a few generations that were before us see our world as the way it should be….we’ve known nothing else.   We have NO idea of the amazing, rich, biodiverse land this continent once was…before the Europeans arrived. We have NO idea of the immense damage that was inflicted on the land and the native wildlife. We have NO idea of what it can become again.
As a society we just accept the fact that millions on non-native cows and sheep continue to destroy our land ….you have to make a living some how….or any way you can….right? NO, NOT RIGHT! So this book is about a man who used all his energy and talents to shift from a cattle rancher to ranching wild Bison. It is a very personal story of his Vision to live on the Great Plains in keeping with the true nature of the landscape and respect for all life there.  He tells the story of what happened to our 60,000,000 Bison, and the tragedy of it. The Bison evolved with the landscape over hundreds of thousands of years…and then they were gone.  Coyote lived alongside the Bison in the Great Plains for hundreds and thousands of years, and felt the thunder of their hooves. Coyote remains! 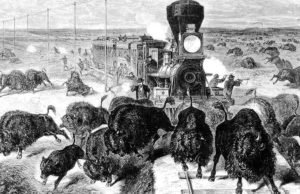 I will have you note that in his book he not only speaks of the Bison but of all the wildlife that live on his ranch, and he speaks of Coyote …with respect…understanding that Coyote has always lived with the Bison and has every right to be there now.And so do the wolves.  He sees his role as that of bringing back the land to health and recreating all the life that was once there.

So if we can teach our children to think like this …to RECREATE our American continent to the place it was meant to be by Nature… how rich our lives would be. There would be NO NEED FOR THE SLAUGHTER OF HUNDREDS OF  OF OUR NATIVE WILDLIFE EVERY YEAR …..yes that many!
Then as Frank Dobie in his book, The Voice of the Coyote wrote: “When coyote is unhounded by man ~ civilized man filled with the lust to kill and with morbid righteousness against any other animal that kills ~ then Coyote can go about delighting in all the plays along his Broadway.”  And along with Coyote’s freedom from persecution heaped on him by the Federal Agency that supports a way of life that is not in keeping with our American continent, our “abused and subsidized landscapes” (Dan O’Brien) will once again flourish.
All these thoughts that I have shared with you regarding our Great Plains absolutely apply to our Maine landscape as well.  How do we live on the land, how do we keep domestic animals in a manner that supports a healthy ecosystem here in Maine, how do we share the land with ALL our wildlife … What are we handing down to our children?
Categories: Blog, Historical PerspectiveJuly 3, 2012Leave a comment