Life out of Balance…..Life in Balance

Life out of Balance…..Life in Balance 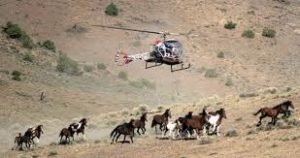 Life out of Balance!

It is so poignant…Wild Mustangs and Coyotes share in Common

Their lives are deeply disrupted, they suffer intense exploitation from a United States Government….that should be their Protector. 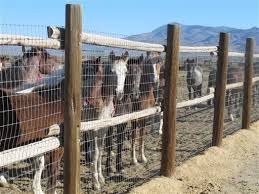 Why is this Happening? It has a long history in this country…and it all has to do with the European world view of their relationship with land and other life.  So when Europeans settled in the West, becoming RICH was all that mattered. The land was there for them and only them…all other life was just in the way.  So the slaughter of our carnivores continues today, and so the intense abuse of our Wild Mustangs.

So what is happening now…..well rounding up and keeping Wild Mustangs in enclosures  is getting very expensive for the U.S. Government. Why do they do it. Remember, this is Public Land that belongs to all Americans. But instead it is being used by powerful ranchers who graze their non-native cows in lands that were set aside for the Mustangs.

So the Bureau of Land management of the United States has requested that the National Academy of Sciences National Research Council set up a 14 member research team to figure out what to do next. So this is the scenario: the wild Mustang population keeps growing, to a point that their habitat has become inadequate for them…..but also, the powerful ranchers want the Mustangs’ land for their cows.

What to do next? This whole scenario is an example of a landscape and the lives of our wildlife completely out of Balance.

As a biologist who focuses on carnivores and their value in the ecosystem, I see the great need to take the cows off the public land that has been set aside for the Wild Mustangs. But there is more….who is missing where the Mustangs live?  Yes, there are no carnivores…..no wolves no cougars. Prey animals need their predators to stay healthy and have balanced populations. So if we were to ask a Wild Mustang what their choice would be…..the carnivores or their freedom taken from them…..you can bet that they would choose the carnivores!

So when I speak of Coyote here in Maine…..coyote plays this same most important role here….keeping our wildlife in balance and thus creating a healthy ecosystem for us all. We need to give them a safe place to live and do their work.