Living with Carnivores ~ Respecting their Lives

Living with Carnivores ~ Respecting their Lives 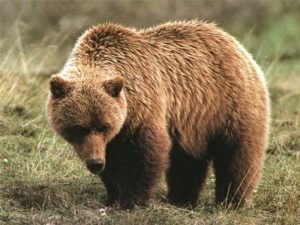 The Grizzley Bear ~ one of America’s great carnivores, that Coyote shares the land with.  But like Coyote, their lives are very tenuous when individuals of our human species do not respect them and their place on the land.

So some of you may have read the tragic event that took place in Alaska’s Denali National Park about a week ago.  This National Park is one of the few refuges left on this planet for this powerful carnivore …it is their home.  They should be safe there….yes?
No…and why?  Because an individual human, who had been given a permit by the park to hike, only after attending a mandatory bear awareness class required by the Park, decided that he just had to get those close up photos of a peaceful Grizzley feeding in the willows. The Park requires that all hikers must remain a 1/4 of a mile away from any Grizzley, and if they find themselves any closer, they should slowly back away. This hiker knew the dangers, and didn’t care about the rules….and he paid for it with his life….and the Grizzley paid for it with his life.  The bear was found and promptly shot to death.
WHAT A TRAGEDY!  This man’s camera was retrieved, and it showed that he remained filming the bear for 8 minutes, knowingly invading this Grizzley’s space. The tragedy of carnivore death is played out in diverse scenerios over and over again on this American continent between humans and carnivores… bears, wolves, coyotes, fox, mountain lions, bobcats, lynx, fishers, birds of prey, sharks and others. How is this human behavior that speaks of disrespect and intolerance toward these species to change?  Before we can change these relationships, must we not first look at ourselves, and into ourselves, and how we humans fit into this ever evolving life of our planet.
Categories: Blog, Creating Life Enriching RelationshipsSeptember 2, 2012Leave a comment