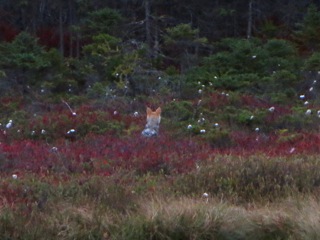 Coyote in her World by Sheryl Bickel

Election time is upon us…and reminds us that we live in a Democracy.  A Democracy, where the People have the Power.

Laws in this land are created by the will of the People. That is how a Democracy works. Too, too often we give away our power because we think we do not have any power.
So now is the time to use your Power. Look below to the Regulations that control human behavior toward Coyotes, an important carnivore here in Maine.
Are they Regulations….or are they out right Permission for Exploitation?
Use your Voice!   Contact your Legislators. Tell them you want the year round killing of Coyotes to end, as well as night killing of them and use of hounds to chase them down.