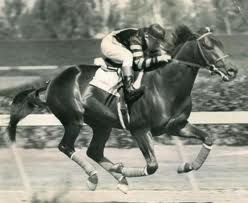 If you haven’t viewed the film, “Seabiscuit” as yet, I highly recommend that you do. And what does  Seabiscuit have to do with Coyote? Well…. I would say ….a great deal.

If you watch the film, you will learn that Seabiscuit was discounted at birth, severely abused and remained an  Underdog until his true nature  was understood by his owner, his trainer and his jockey.

Those who recognized Seabiscuit for who he really was, had suffered many losses in their own lives,  were they themselves  “broken”.  But their relationship with Seabiscuit healed their lives. And what was powerful as well…..helped to heal the suffering that Americans were going through in the Great Depression.   People saw themselves  as underdogs, and related deeply to this little horse that survived all the abuse of his early life, and went on to show what was really in him. 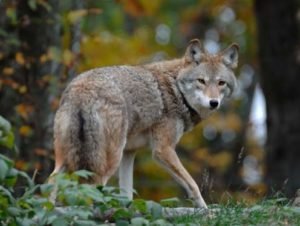 So Coyote….. has been the underdog on our American continent ever since the Europeans set foot here….the society that followed, never recognizing Coyote’s true nature. We live in a society today that often isolates us, that diminishes our understanding of our own power, that fills us with things, but leaves our spirits empty. So, let yourself come to understand the true nature of Coyote…and your life will be enriched.

Cheer on America’s wild dog…Coyote…just as the Americans all over our country, cheered on Seabiscuit