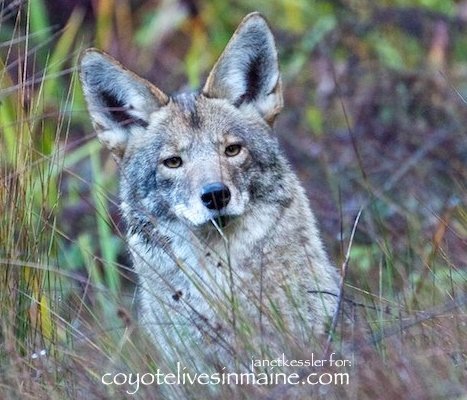 WHY IS IT THAT OUR HUMAN CONSCIOUSNESS PUTS GREAT VALUE ON WILDLIFE THAT ARE ENDANGERED…..BUT WE ALLOW THE CONTINUED, UNRELENTING KILLING OF VERY SUCCESSFUL CARNIVORES…….COYOTE?

Maybe those two conflicting forms of consciousness cause the loss of important carnivores…..

In his book, Spillover, author David Quammen speaks of serious medical epidemics on our planet. He wrote “There is a convergence of two forms of crisis on our planet – ecological and medical. Human caused ecological pressures and disruptions are bringing animal pathogens even more in contact with human populations. Viruses and bacteria  are all embedded within ecological relationships that limit their abundance and their geographical range.”

Coyotes play a vital role on our American continent. As important carnivores, they are able to limit organisms that cause serious health issues and death in humans. Lyme disease is one…along with other bacteria we are discovering, that are capable of killing a human in 48 hours.

Do we need to protect Coyotes from year round human abuse? Maybe you can answer that yourself…