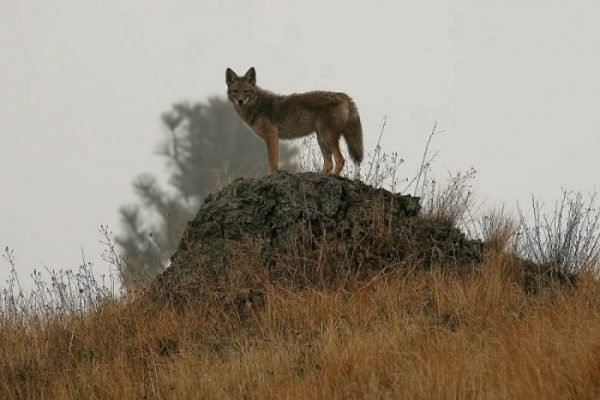 HOW WE TREAT COYOTES MATTERS!

This past week I spoke with a friend of mine whose daughter is being treated for Lyme disease.  It has been an ongoing difficult time for both a mother who is deeply concerned for her daughter, and her daughter who just graduated from high school with the happy expectation of attending the college of her choice.

But she may not be able to go to college this year as planned, as she suffers from continual dizziness due to the effects of Lyme disease.

We know that Coyote’s primary food for most of the year are RODENTS…and that rodents (white footed mice) are the carriers of the Lyme disease bacterium. We also know that these particular mice favor living in disturbed ecosystems….like the ones we live in.

But at the same time the state of Maine allows the killing of Coyotes year round, day and night. …this important carnivore who is capable of controlling the white footed mice population. So the scenario goes something like this ~ a Coyote family is living in their territory and regulary keeping a balance in the rodent population. Then an individual will come and kill the entire coyote family, including their small pups. That ecosystem that once was their territory ceases to be balanced and protected from disease, as the rodent population will grow with no population controls through the carnivore…Coyote.

That is when we humans enter this scenario. Landscapes that are not kept in balance by means of our major carnivores become UNSAFE places for us. Exposure to Lyme disease rises in landscapes where Coyotes are not. And yes, other carnivores prey on rodents as well…such as hawks, foxes and owls. But a large carnivore like Coyote has a much greater affect because of their capacity to hunt so many more rodents for their sustenance.

SO WHY DO WE ALLOW THE YEAR ROUND KILLING OF THIS IMPORTANT CARNIVORE ?

What is best for them is ALSO best for us.