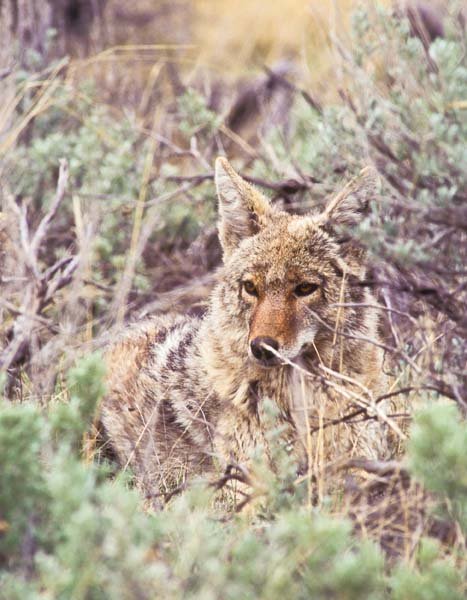 From time to time in my work as a biologist, certain members of the community have some difficulty accepting the reality that Coyotes share with us the common journey through life on this planet….that they experience the pain, grief, loss, suffering that we do….and ALSO the fun, the joy, the companionship, the joy of life that we do.

I want to encourage you to view the outstanding documentary “When the Mountains Tremble”  If you have Netflix, you can get through them. Watch the film first, then watch it again with the director’s commentary. The film is about the Native people of Guatamala and the atrocities heaped on them for the past 500 years….since the Spanish invaded central America. The film focuses on what has been going on in the second half of the last century.

As I watched the film, as a biologist, I could not but help think that what these descendants of the Mayans were enduring were what Coyote contnues to endure. ….fleeing their homes and hiding in the forests…babies on mothers’ backs, traveling only at night to meet for fear of being rounded up and tortured, trying to hold onto their culture and their language at impossible odds.

But the film also shows the indomitable spirit of the Guatamalan Native peoples, the strong bonds that they continue to share with each other, and their courage and  undaunting efforts to survive as a people.  I say Coyote desires and acts in the same manner….we have seen this repeatedly through our science.

If you wish to get more of a sense of Coyote’s life here in Maine, and in many places in north America…..since the Europeans invaded this land….watch this documentary. If you have a difficult time accepting this comparison, please ask yourself … WHY?